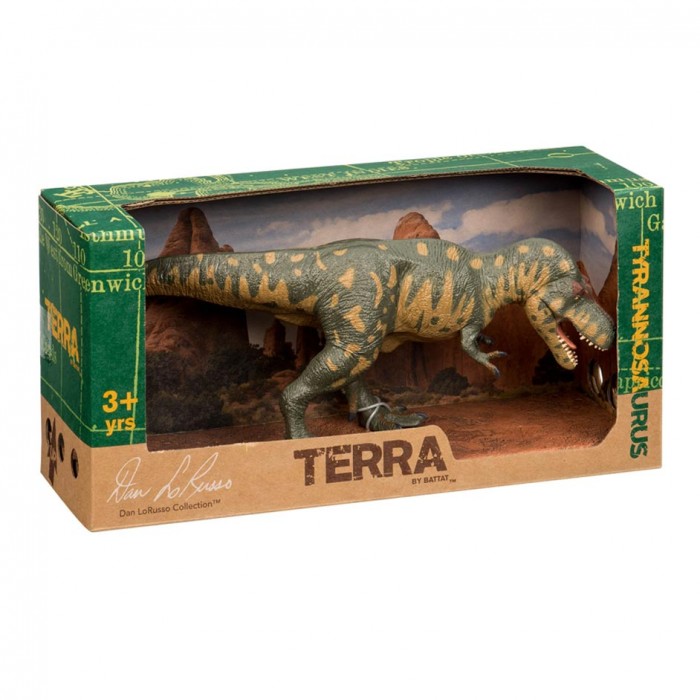 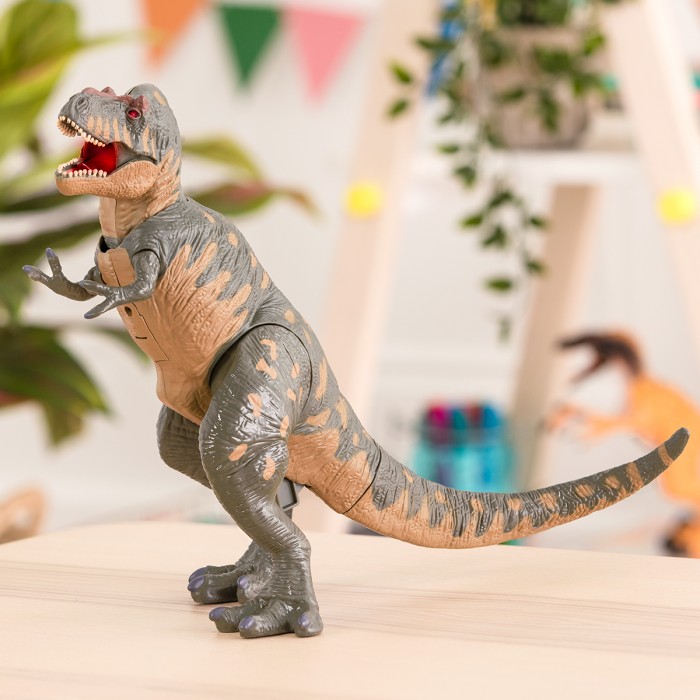 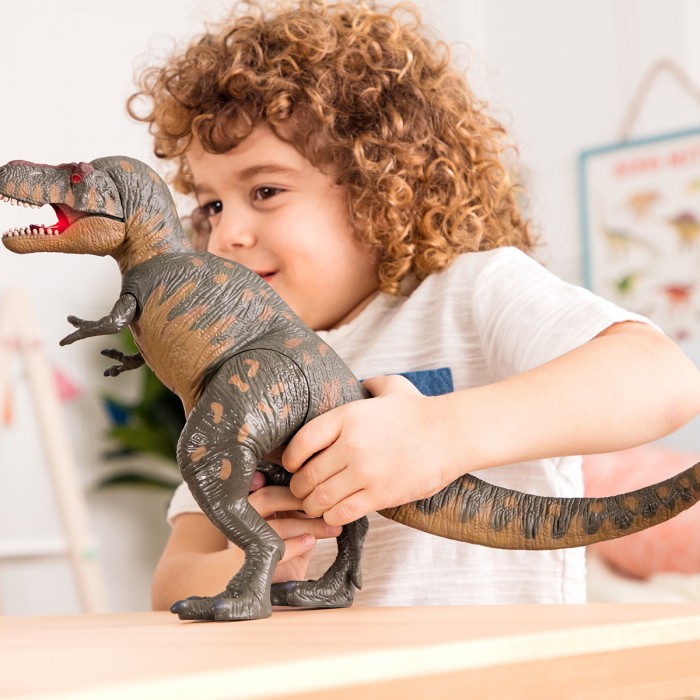 This ultimate dinosaur toy play set for kids has everything for little adventurers with big imaginations! The deluxe toy includes a large electronic Tyrannosaurus rex toy dinosaur with glowing lights and growling sounds, a fully-equipped 3-level volcano with realistic lava flow, a boulder waiting to crush the T-Rex toy’s hunters, a jail cell for captured foes, ladder, rope, 2 small baby dinosaurs, a plastic dinosaur egg, and much more! Of course, we also included an adventurer action figure with a net to snag the big payload and a toy Jeep to make a quick getaway with the prehistoric predator! Everything is included in this awesome 14-piece educational and super fun dinosaur set! All that’s missing is your imagination!

A large t-rex with lights and sounds

Collect them all! Discover the entire Terra by Battat family of dinosaur toys and toy animal figures!